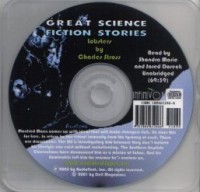 I read this in Rewired: The Post-CyberPunk Anthology. It's the best story in the 61% of the book I've read so far. The characters are real and quirky, and the world is utterly believable.

Assuming that processing power and mobile bandwidth keep accelerating at their current rate, let the world's governments fracture and/or hide in bunkers, and put yourself in Amsterdam. That's where this short story begins, and we follow a couple of days in the life of Manfred Macx, who enjoys life as an elite in the nascent post-scarcity economy as a technologist who patents emergent technologies, then signs the patents over to an opensource trust. His problems include his ex-fiance and dominatrix, a group of radical luddites who send him dead kittens, the constant harassment from an IRS that can't understand why he doesn't need money, the Moscow NT User Group wants to defect, and then the weirdness starts.

As the late and great Hunter S. Thompson said, "When the going gets weird, the weird turn pro."

I have Accelerando laying around, I'll definitely be reading it sooner rather than later.
Tweet